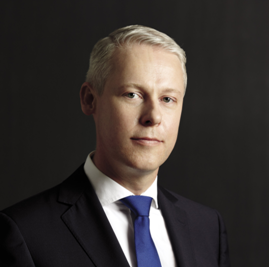 Michael Burgess was appointed President, HBC Digital following the acquisition of Saks Inc. by Hudson’s Bay Company. Mr. Burgess is responsible for digital across Saks Fifth Avenue, Lord & Taylor, Hudson’s Bay and Outlets. Previously, he served as President of Saks Direct where he was responsible for ecommerce at Saks Inc. Prior to joining Saks, Mr. Burgess was Executive Vice President of the Consumer Division at FTD and held various other executive positions. He earlier served as a consultant at McKinsey and Company.

Mr. Burgess has a Bachelor of Commerce degree in Finance and a Bachelor of Laws degree from the University of New South Wales in Sydney, Australia. Mr. Burgess also has a Master of Business Administration from the Stanford Graduate School of Business. Mr. Burgess currently serves on the Board of Shop.org, the digital division of the National Retail Federation.