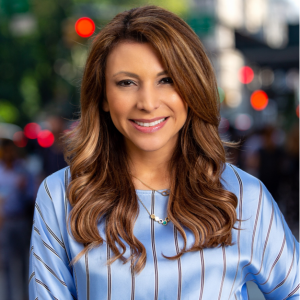 Lili is a recognized cultural intelligence™ expert, World Economic Forum Young Global Leader and an award-winning entrepreneur. She came to the U.S. at the age of 17 without speaking English, leaving her entire family behind in Colombia, and managed to become a recognized corporate executive turned entrepreneur. After a successful corporate career including a 10-year tenure at Johnson & Johnson, where she pioneered various diversity strategies and co-founded the Hispanic business resource group “HOLA”, Lili co-founded CIEN+ and CulturIntel. Her firm, based in New York City with offices throughout the U.S. and Latin America, offers big-data analytics, business consulting and marketing strategies for companies to successfully turn cultural trends into innovation and profits. Her proprietary methodologies of Cultural Intelligence™ and ability to use big data, machine learning and A.I. tools to discover cultural insights globally, have been presented and featured by The United Nations, The World Economic Forum, Harvard University, among others.

She is a regular TV commentator seen on Fox News, Fox Business and CNN en Español, and has been featured by Forbes, CNN Money, The Huffington Post, The NY Daily News, MM&M, among others. She is also the recipient of many recognitions including being selected as the 2018 Hispanic Businessperson of the Year by the U.S. Hispanic Chamber of Commerce, Listed in the 2018 Power Women 100 as one of the most powerful women in New York, 2018 Women of Excellence Award, Top 50 Healthcare Influencers by PRWeek, among others. Lili is an advocate to minority and women-owned businesses contributing to initiatives at The United Nations, The World Economic Forum, The White House and around the world. Lili serves as a board member of the Harvard Women’s Leadership Board, National Board of Directors of the YMCA USA and mentor to the Stanford Latino Entrepreneur Leaders Program. In 2017 she was appointed by Governor Cuomo to join the New York State Council on Women and Girls and Mayor Bill de Blasio to join the NYCx Technology Leadership Council. Lili is also the creator of the entrepreneurship platform Dreamers Ventures designed to empower minorities and women in the U.S. and Latin America. She holds a degree in Business Administration from Southwestern Adventist University, completed foreign studies at Deakin University in Melbourne, Australia and holds an M.B.A. from the University of Colorado and an executive degree from the Harvard Kennedy School in Global Leadership and Public Policy. She lives in New York with her husband Chris Valletta and her two sons.