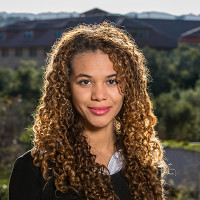 Jessica Pointing is a student at Harvard University studying physics and computer science, after spending her first two years of university studies at the Massachusetts Institute of Technology (MIT). Jessica has been doing quantum computing research at Harvard and MIT. She has interned as a software engineer at Google, management consultant at McKinsey & Company, investment banker at Goldman Sachs, and strategist at Morgan Stanley. She is the founder and editor-in-chief of Optimize Guide, a blog about life optimization, which has been read by more than 190,000 people and founded the Now Know Organization, which received funding from Google to teach technology to young people. She also founded the Harvard College Quantum Computing Association. Jessica was the winner (audience vote) for the Quantum Matters Science Communication Competition, and has been invited to talk about quantum computing at conferences, including IBM’s conference in Las Vegas and the Neo conference in Arizona. She has been awarded the McKinsey Women’s Impact Award, MIT Award for Distinguished Achievement in Leadership, and has been named a Google Anita Borg Scholar and John Harvard Scholar. She is also a Microsoft Scholar, Palantir Scholar, Adobe Research Scholar, Morgan Stanley Scholar, Goldman Sachs Scholar, Society of Women Engineers Scholar and Society of Geophysicists Scholar.