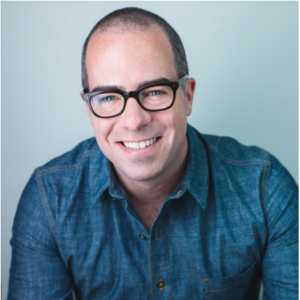 Brian Manning is the co-founder and President of Centric Digital, a global digital transformation firm based in New York City that specializes transforming business models, user experiences & operational processes of traditional companies for the digital age. In 2014, Centric Digital was named #34 on the Inc. 500 list of the fastest growing private companies in the United States including #1 in New York State and #1 in New York City. In the last 3 years through 2014, Centric Digital has grown over 6800% and is nearing almost 200 global team members. Since its founding in 2009, Brian has been directly responsible for growing Centric Digital’s client base and revenue as well as shaping its brand, implementing and scaling its financial and business operations, and defining its products & services strategy. In addition, as Centric Digital’s Chief Digital Officer, Brian champions digital thought leadership throughout the company, for its clients including global corporations in healthcare, finance, retail, government entities, and in the marketplace.

Prior to Centric Digital, Brian served as Vice President of Ecommerce for Scholastic where he led the transformation of Book Club’s $200+MM ecommerce business and was responsible for generating several million dollars of business for its new digital product offerings. He turned around the recently launched “Printables” print-on-demand subscription business, achieving profitability and winning industry excellence awards within its second year. He leveraged this platform to launch the “Minibooks” product with minimal capital investment in less than five months. Brian also helped pivot and grow Scholastic’s acquisition of TeachersPayTeachers.com, a teacher generated content marketplace, by implementing new pricing models, advertising sales strategies, and viral marketing initiatives. As a spun off entity, TeachersPayTeachers.com recently surpassed $100MM in sales.

Prior to Scholastic, Brian served as Vice President of Online Strategy and Marketing for Citigroup, where he helped transform Citicards.com into a primary sales channel. He later expanded this approach into a comprehensive roadmap for transforming all of Citi’s online banking businesses.

Brian started his career in management consulting at Accenture (then Andersen Consulting) and holds a Bachelor of Science degree in Mechanical Engineering from Lafayette College.