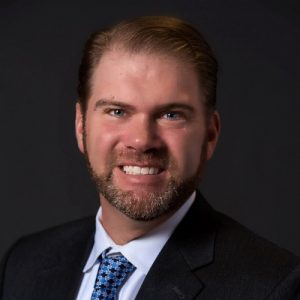 Karl Hightower is an innovative technology executive with a focus on differentiation through data access
and cognitive computing.

Karl joined Novant Health in 2018 as Chief Data Officer. In this role, he works with leaders from across
the system to provide the digital products and services required to deliver remarkable care to the patients
and communities we serve.

Karl has held executive roles in large retail and energy trading companies, and has held pivotal roles in
telecommunications, manufacturing, supply chain, insurance, government, banking and finance, and food
and beverage. In these roles, Karl set strategic direction and created alignment to direct structures during
the pivot years of these industries, devised and led game-changing initiatives, increased revenue by
millions – and in one case billions – of dollars, became an early champion and expert in cloud adoption,
personalization through social media data, real-time pricing structures, and extreme automation through
machine learning and AI-based algorithms.

Karl has an undergraduate degree from University of North Carolina at Chapel Hill in Political Science,
and was in the first class to go through Carnegie Mellon’s prestigious ISRI Enterprise Architecture and
Strategy program.

Karl is the son of two college professors, and is from a long line of educators. This upbringing instilled a
continuous thirst for learning and creating opportunities for others to learn. While in Dallas, Karl helped to
found and build the STEAM education program for the district. The program included one entirely Spanish
immersive middle school as well as associate degree paths in the high schools. Karl was heavily involved
in the Texas Amateur Golf Association as well as the Dallas LPGA events. In Charlotte, Karl has joined
the District Advisory Board for Career and Technical Education (CTE) for the Charlotte Mecklenburg
School district.

Karl lives south of Charlotte with his wife, Mary Ann, his daughter Kayla and son Aidan, and four dogs.